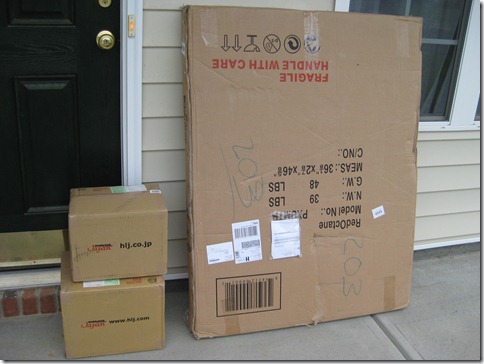 I wasn’t expecting to get anything else this month, but imagine my surprise when I came home and saw the above on my doorstep. Two boxes from HLJ and one big flat package from RedOctane. What did the postman bring me today? Keep reading to find out!

First up was a pair of packages from my friends at HobbyLink Japan. They’d recently held a 1 year anniversary sale commemorating the opening of the Japanese version of their web site. I’m not sure why a Japanese company only had an English version of their site that shipped internationally, but there are a lot of questions left unanswered in this world. Since I’d also had another open order with them, I figured that both had decided to show up despite being shipped a week apart. 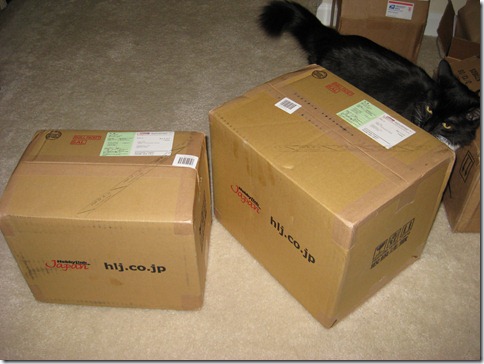 One box was slightly smaller than the other, so I was a bit curious as to what was actually in them. Perhaps they actually combined the shipping for my two orders without telling me? Opening the boxes was the only way to find out. 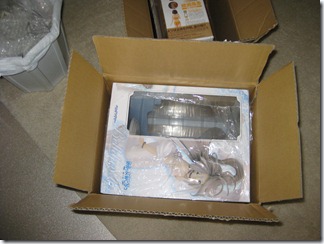 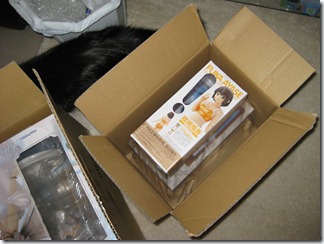 Much to my surprise, the bigger box only contained one item inside and the smaller box had two. It seems that only my first order had arrived, meaning the other wouldn’t be too far behind. The bigger box contained the Toy’sworks 1/7 scale SMC Belldandy figure and the smaller box contained a Kotobukiya 1/8 scale Belldandy figure and a Kaiyodo Fuka Ayase figure. Don’t worry, I didn’t pay the listed price for either Bell. Total price for the order was around $100 with shipping.

I was really quite amazed at the size of the box for the Happinet Belldandy figure. Both Bells are supposed to be of the same scale, and yet one box was nearly 4 times the volume. I had high hopes for the larger box, as the production shots depicted a pretty nice rendition. 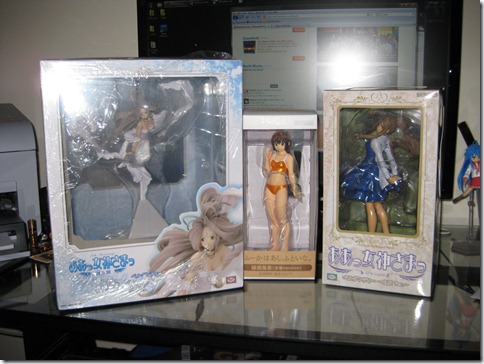 In this shot, you can really tell just how much bigger the packaging is. You can also see why it’s so much larger, given the huge wingspan of the Toy’sworks Bell. Somehow though, the scaling doesn’t look right. She may have a bigger scale, but she looks smaller than the Kotobukiya version… I’ve never understood why the scaling differed so much from manufacturer to manufacturer… 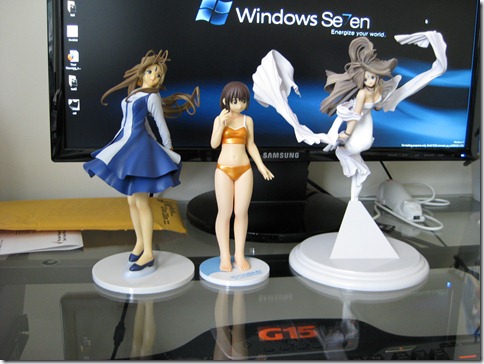 All three figures out of their boxes. At first glance, the Toy’sworks Bell looks pretty impressive, though closer inspection yields a couple of pretty major flaws. Quality of the Kotobukiya is up to their usual high standard and Fuka is probably simplest of the bunch. At some point later, I’ll get around to doing proper photo sessions with each figure and share the results here.

Lastly, there was that giant box from RedOctane. Earlier this week, I put in an order for a second RedOctane Afterburner dance pad. They’d recently gone on sale and since I was very happy with the one I got a few months ago, I decided to take the plunge and get a second. Now I can slowly work my way back into playing doubles and give myself an even better workout (yes, I’ve been using DDR as exercise). 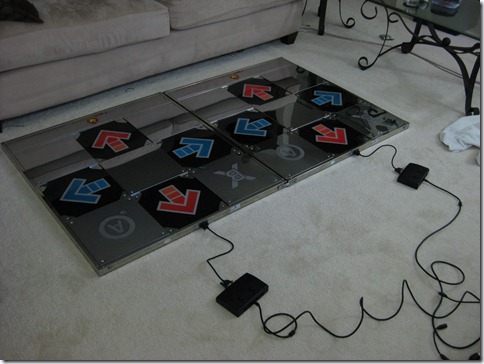 While the RedOctane pads look a bit closer to the arcade versions than the more expensive Cobalt Flux, I can easily tell why the CFs go for a bit of a premium. First of all, the Afterburner uses a slightly thinner piece of Lexan for each arrow. With the way they are fastened to the platform, each panel bows up slightly and activates by compressing down onto the surface. In contrast, the CF pad has a thicker piece of Lexan and the entire surface is flat, meaning the panels aren’t stressed as much when stepped on.

Secondly (though I didn’t really notice this until I got the second pad), the doubles “bracket” for the Afterburner is extremely poor. Each pad comes with one attached to the top via a screw, so having the pair means you’re able to tie the pads together. This proved to be an extremely cumbersome process, as the bracket really is just a thin strip of metal with screw holes. Also, instead of providing easy to use thumbscrews, a screwdriver is needed to assemble and dismantle. Lastly, there is a bit of give in the bracket, so the pads still have a tendency to slide apart or in different directions. The distance is slight, but doesn’t instill confidence in design.

In contrast, the CF has an optional doubles bar. There are a set of screws on the side of each pad that can be pulled out slightly to allow for the bar to easily drop in and lock, instantly and effectively putting the right spacing between the two pads. The bar is solid with very little give, so the pads don’t have much room to move away from each other.

For most people, however, the quality differences between the two pads can hardly justify the cost difference. The Afterburner cost me $140 (regularly $160) while the CF cost $280 each + $25 for the doubles bar. There’s also a doubles bundle which packages two CF pads and a doubles bar for a bargain price of $560. For the $260 price difference, I can live with the little quirks of the less expensive RedOctane pads…

7 thoughts on “May acquisitions, part 2”