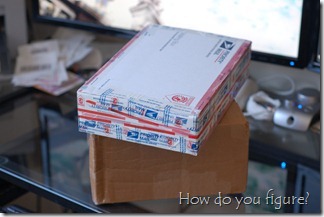 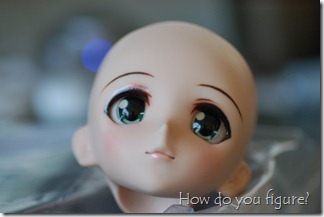 The artist I commissioned via Flickr/Den of Angels did a magnificent job on the faceup, giving Haruka a slight smile and gorgeous eyelashes! The wig, on the other hand, was a different story. It took almost two hours and several fittings to finally get it right. The wig cap was a touch too big to fit properly, so currently the cap is pulled over both her ears. A little trim to the bangs may be in order as well, as the hair currently strays in front of her eyes.

Without further ado, I present to you Amami Haruka!

For her debut, Haruka will be performing the song “Go My Way!” from the IdolM@ster XBOX360 trailer! 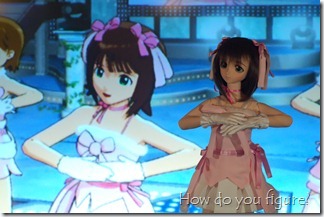 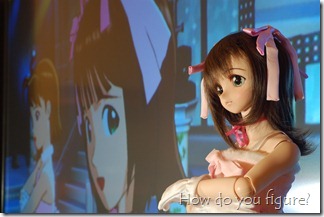 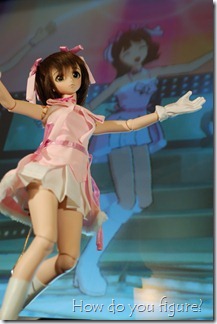 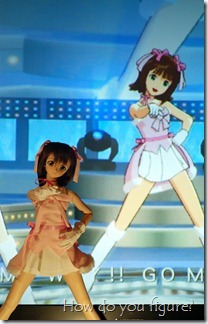 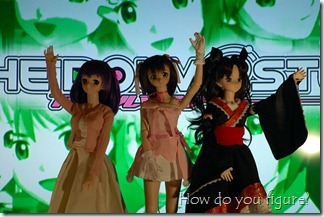 One thing this shoot taught me was that my lighting for shooting Dollfies against a bright background is a bit inadequate. The two spot lamps I had were great for closeup shots, but didn’t provide adequate light for wider angle shots. Also, I discovered that my 60in TV makes for a great backdrop for shooting and I can take a photos without worry of glare as long as the lighting is placed in the right spot. I may have to use it more in the future for other shoots!

For reference, here’s the video that was playing from the XBOX…