Poor Yoko, she must have felt terribly neglected since Rin seems to get the preferential treatment. She gets all the nice outfits, gets to go to conventions, and has even been to the garden twice! Well, the streak ended this weekend as Yoko finally got the chance to go out! Equipped with a new set of shoes from Mimi Woo, a pair of jeans from Mai Little Alien, and a top from Dark Dollhouse, she was ready to go out! 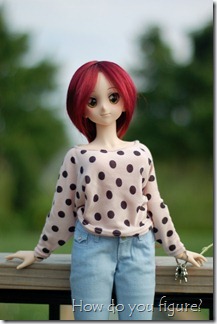 And here she is! It was a lovely day out, with the exception of the humidity. Yoko didn’t seem to mind though, she was outside! 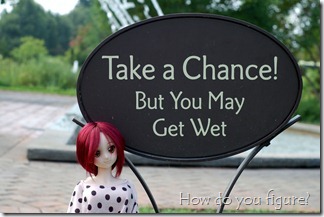 Yoko checks out an interesting warning sign… I think she’s a bit too timid to take the chance. She’ll just settle for posing in front of the fountain instead. 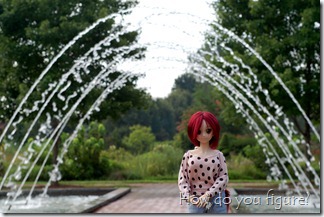 Yes, that’s a much safer spot to be in… 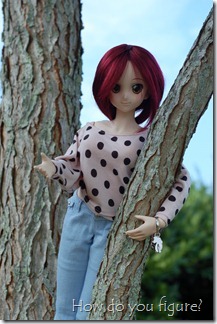 There were also plenty of trees to climb. Careful so that you don’t fall out! I don’t have any spare parts if you break anything… 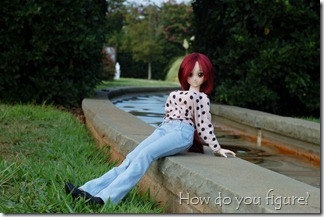 That looks like a lovely spot to sit… Careful not to fall backwards! 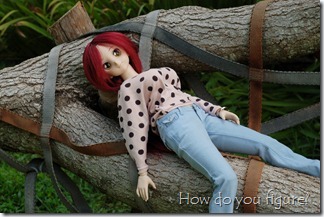 Are you tired already…? It’s only been an hour!

It was a short outing, but had a great time! With all the times I’ve been, I finally heard the “That guy is taking pictures of a Barbie doll!” comment. Granted, it came from a kid, so I could forgive the injustice. ^.^ I did actually have someone approach me and ask me if there was a back story to what I was doing and we had a nice chat for a few minutes!

For more photos from the shoot, see the photos in Yoko’s set on Flickr

3 thoughts on “Yoko goes to the garden (finally!)”