After almost a month of being on back order, my first macro lens arrived on my doorstep yesterday! This is also the first non-Nikkor lens I’ve purchased and instead is made by Tokina. After a lot of research and digging through reviews, I settled on a AT-X Pro D model featuring a 100mm focal length and f/2.8 maximum aperture (at full macro mode, it stops down to f/5.6).

Nikon’s equivalent in this range is a 105mm f/2.8 with VR. Getting the first party lens comes at a price… The Nikkor cost over twice as much as the Tokina. While most reviews rate the Tokina a bit lower than the Nikkor (VR being the big differentiator), the difference in price makes the Tokina a much better bargain. 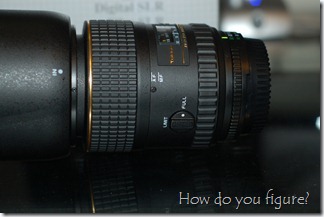 There’s really not a whole lot to say about the lens itself. It comes with a hood, feels solidly made and has a nice grip for the focus ring. It also features a switch on the side to limit the focus range, which helps speed up AF acquisition. Unlike most other lenses, Tokina uses a “One Touch Focus Clutch Mechanism” for switching between manual focus and automatic focus. The entire focus ring clicks forward and back to select which mode. While it’s an interesting idea, I think I still prefer the old fashioned thumb switch on the side of the barrel. 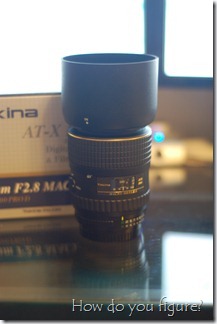 The other thing I noticed is that it doesn’t have internal focus. The picture on the left is the lens set to infinity while the picture on the right is set for 1:1 mode. With the hood attached and working in full macro mode, the added length made the lens a bit more difficult to work with. Since this is my first macro lens and I don’t have any experience with anything else, I can’t really say how good of a lens this is. All I know is this… I enjoyed shooting with it and am glad I have it in my arsenal! To test it out, I hit Daniel Stowe Botanical this afternoon. I’m very pleased with the results!

At first, I didn’t realize how close I could get with 100mm. With a working distance of just under 1ft, most flowers were actually too big for me to capture in true macro form.

This guy was just over an inch long. As long as I was able to hold still and wait for the breeze to calm down, I was able to get some pretty sharp photos. Shooting without a tripod at such close proximity is really difficult! 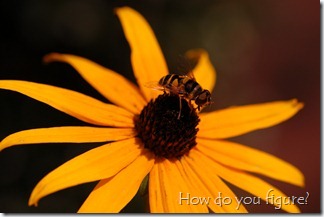 There were a lot of insects out and about feeding and pollinating the flowers. The butterflies in particular were out in full force! 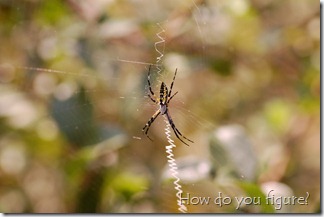 Of course, there were also a lot of spiders on the prowl for lunch…

This was probably the only “true” macro shot of the day. The flower was tiny enough (and I was steady enough) to actually catch the inside. It’s amazing that you can barely see the pollen with the naked eye, but it shows up clear in the photograph. 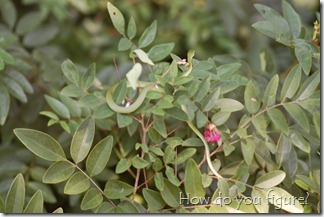 Someone walking ahead of me actually spotted this guy. Somehow I managed to get close enough without scaring it off.

Finding this grasshopper took a bit of luck. It was sitting in a bush and I managed to spot it. This was a particularly hard shot to get since I had to hold the camera out and try to peer through the viewfinder at a distance to see if it was focused right.

In all, I’m extremely pleased with the Tokina! The lens is available for both Nikon and Canon mounts and would make a great alternative to the first party lenses! For more photos from today (and for full resolution versions), hop over to my Flickr photostream!

5 thoughts on “Shooting in Macro”