I hit IKEA again over the weekend (second week in a row!) to pick up some other items that I left last time. While browsing, I stumbled upon a couple of LED light sets from the LACK series. They looked pretty interesting, so I jotted down the name and went to look at them later. The lights came in a couple of variants, a stick-on spot lamps, hanging pendants, and angle adjustable spots (presumably for a book shelf). Since they looked interesting, I went ahead and picked up one set of the stick-on spots and one of the hanging pendants.

Getting them home, I set to work to putting them up. First for the pendants. They were actually fairly difficult to put up, since I had to measure from the ceiling and approximate the distance based on where my shelf was. Once they were hung, there was the problem with the wires. I got creative with some thumb tacks and managed to secure the wires in a way that didn’t look absolutely terrible… Once lit, I knew my efforts were worthwhile! 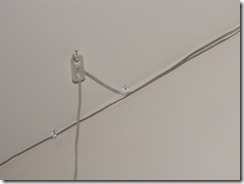 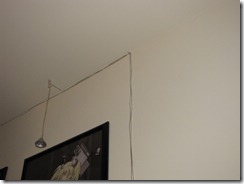 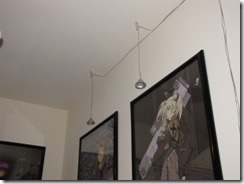 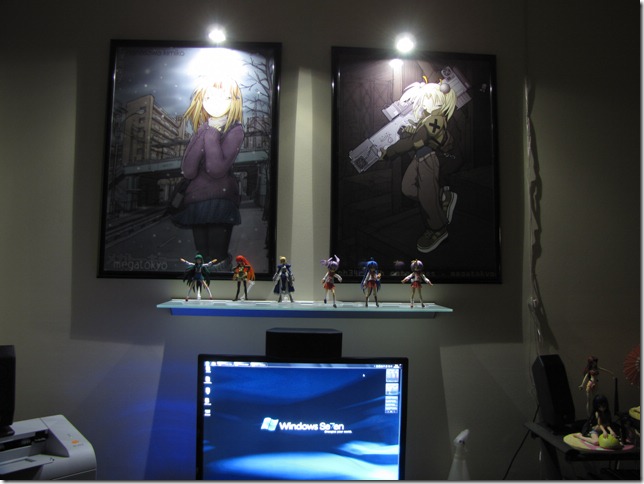 The fully lit shelf (all other lights are off)

Then it was on to the DETOLF cases I’d bought. Since I only had one set of stick on lights, I could only do one case for now. It was somewhat difficult trying to figure out the best placement, and I ended up putting them in the front corners. That way, the front of the display was flooded with light and maximum illumination was achieved. The real problem, however, became figure placement. Keeping the larger figures on top meant they would reduce the amount of light filtering down. I ended up with some rearranging to achieve better results.

The wires for both lamps were threaded through the opening in the top then bundled up. The control switch is attached near the front of the case to allow for easy access. Finally, the power wire was run down the corner of the case and secured with transparent tape. Fortunately, the wires are semi-transparent and easy to hide against the glass. I may eventually do something with the power sources and link them together with one master switch. 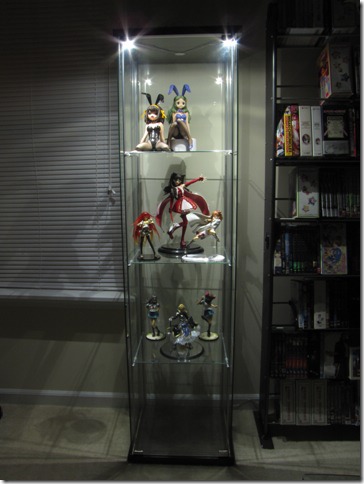 The final results look nothing short of stunning. Now that this experiment is a success, I’ll need to go back and get another set for the other case.