Last week, I did a quick update showing off the results of a days worth of work in laying down a new laminate wood floor. After putting in most of today on the project, I’m happy to report that I’m only a few steps from being completely done with this project. I’m very happy with the way it came out and the way it looks. Kitty really enjoys it as well, as her toys tend to slide around on the hard surface. I’ll often hear her entertaining herself by pushing toy mice and twist ties around down there. I’m going to be really glad once it’s all finished and I can move on to the next thing! 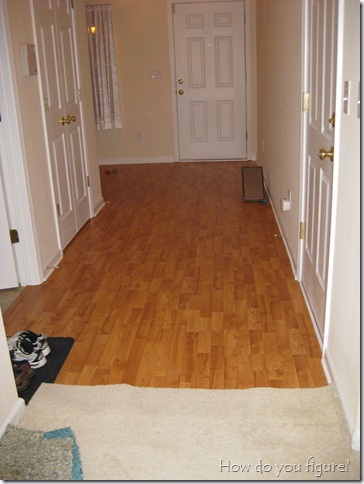 Here’s a rundown of the project so far:

One thought on “Update on flooring project”